When I first sat down to map out what my top albums of 2012 were I drew a blank. Looking blindly back at the year of music I couldn't easily recall any knock-out releases. I was stumped and confused - could the past year of album releases been as boring as my memory is awful? Happily the answer is no - however I do not have high hopes for my memory.

When I started pouring through what albums did come out this past year I was appalled at myself for not remembering any of them. I suppose I shouldn't be so harsh on myself. By my count the year 2012 was an odd year for music. Most of the releases I was looking forward to were follow-ups to their previous break-out successes: The Xx, Dirty Projectors, Sleigh Bells, Two Door Cinema Club, and Passion Pit. Most of their 2012 releases did not meet my high expectations, leaving me somewhat crushed and discouraged.

Yet there were so many new artists that entered the scene in 2012 and their efforts were marvelous. One is already a classic by many accounts. These new artists shaped the year 2012 in ways that could not have been predicted and I am grateful for that. It is always a relief to hear something new. 2012 provided that amply.

And now without further ado, my top albums of 2012. 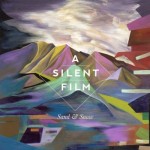 Every bit a pop album, this album contains one of my favorite songs from 2012, Danny, Dakota & the Wishing Well. Wonderfully catchy and light-hearted I find myself throwing this album on whenever I want to just relax and enjoy some clear-headed pop. Clearly influenced by Coldplay and other modern pop acts, A Silent Film stands tall thanks to their solid production and well written lyrics.

9. The Shins, Port of Morrow 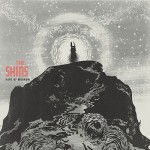 It's been five years since the previous Shins album. Five years is a long time, especially in the music industry. However I think those five years served The Shins well. Port of Morrow felt like a coming home party, returning to the sound of earlier Shins records. A welcome addition to their catalog and the sounds of 2012. 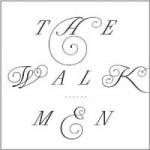 The Walkmen are getting old. That's what this album told me. Their sound is softer, calmer. It's serene by Walkmen standards, erring on the side of serenity as opposed to chaos. It was not a surprise to hear this side of The Walkmen as their previous albums have been consistently leaning this way, however I think it is on Heaven that they found the musical sound they have been searching for. 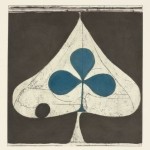 Shields safely and confidently continues Grizzly Bear's string of successful albums. This album is more polished and accessible than their previous efforts however the core sound of Grizzly Bear remains strong and alive. As a fan of Grizzly Bear I was not disappointed and was overjoyed to listen to this album on repeat for weeks. 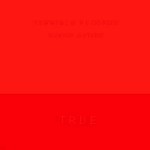 Introduced to me late in 2012 Solange's second album is an unapologetic pop album that will have you dancing. Appropriately and accurately comparable to an old Madonna record, this album draws from the sounds of R&B to create songs that will have you bopping along as it sings to your heart.

If anything else I urge you to listen to Losing You, the first track off the album. And once you've finished your fifth listen go watch the video and dance along with Solange. 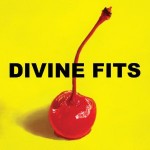 This album almost snuck under my radar. A side project of the lead singer of Spoon and band members of Wolf Parade this album reminded me how great Spoon is, how much I want a new Spoon album, and what a great rock album sounds like.

I would not have thought to mix the sounds of Spoon and Wolf Parade however Divine Fits is living proof that the result is wonderful. Combining the pop of a Spoon song with the growl of Wolf Parade has resulted in an album of tracks that delighted the alternative rocker in me. I don't expect to ever hear a Divine Fits song on FM Radio however I do expect and have already witnessed it played to wonderful effect on XM. 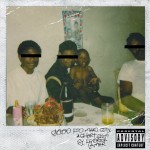 I don't know how I found out about Kendrick Lamar. However his album quickly shot to the top of my list. A solid rap album with a swagger that I had been missing all year.

The production on each track matches the snarl of the M.C., propelling each track forward, getting you to bob along no matter what you're doing.

I feel required to mention the wondrous track that is Bitch, Don't Kill My Vibe. Title aside this track is awesome. It is quite appropriate that the title mentions vibe as this track is overflowing with it. No matter where I am, when I listen to this track you can see me vibing right along with it. 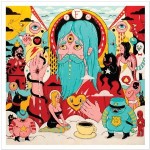 J. Tillman (aka Father John Misty) used to be the drummer of Fleet Foxes. He left Fleet Foxes last year to pursue his own musical career and since then I have been waiting to listen to what he would release. It wasn't so much my faith in Tillman that perked my attention but more so my love of Fleet Foxes.

With the release of Fear Fun I was not disappointed. It's a wonderful folk album that rollicks along its path, retaining many elements of a Fleet Foxes album while expanding to flesh out what a Father John Misty album sounds like.

The songs are not complex however that is what lends each to being so catchy. The lyrics are alive and sound joyful even when dwelling on death. You can practically hear Father John Misty's beard through each track, a hallmark of many a great folk musician. 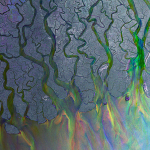 Until the Mercury Prize announced this album as the winner I had no idea this band existed. I'm glad I decided to check them out because their album is a marvelous breath of fresh air.

The vocalist that sings on each song has a very unusual voice. He half mumbles and sings each song, giving alt-J a highly unique sound that makes all of their songs instantly recognizable.

Although the band is decidedly Rock they pull in fringe sounds of folk, pop, and alternative that add up to a wonderful sum that give alt-J its distinctive flair and voice. A powerful album and a great band. 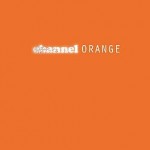 When this album was first released I ignored it. I didn't know who this Frank Ocean guy was nor why I should care about him. I'd like to go back in time to smack my former ignorant self.

Frank Ocean's debut album instantly became a classic. There isn't one track on the album worse than a 6, with multiple tracks perfect 10/10s.

Not only did Frank Ocean write, sing, and rap on all the tracks he also produced most (perhaps all?) of them as well.

The production on every track is luscious and full bodied with vocals expertly blended. The lyrics on Sweet Life and Super Rich Kids are beautiful works of poetry and no matter how hard I tried I was unable to play any of the songs to death.

There's a high level of dedication clearly visible throughout channel ORANGE, making it the top album of 2012 without any doubt.