His birth turned me into a father. A dad. His daddy. Someone who will always be there for him, no matter what.

It takes an awfully long time for a baby to grow. Nine months of waiting around while my wife's stomach grew. Slow at first and then all of a sudden I was seeing my sons' hand pushing from inside my wife's belly.

It was nine months of waiting and stress, worried and anxious that all would turn out ok.

Then we got near the due date and the anxiety kicked up a notch. We waited, and waited. When would he arrive? Was he ok? What would the birth be like?

The due date came and went so we continued to wait. Each night we would go to sleep confident that tonight would be the night that he would come. He didn't come any of those nights.

We set an induction date for a week past when he was due, a Friday. We were scheduled to come in to the hospital at midnight to start the induction. He was going to come whether he wanted to or not.

So on the Friday of our scheduled induction my wife and I went out to dinner for our last meal as adults, not parents.

Back home we settled down in front of the TV. Our bags were packed and we were ready to head into the hospital at midnight.

Except our son had a different plan.

At 7:58pm my wife's water broke. It was time to go to the hospital.

That night in the hospital was one of the longest in our lives.

We got to the hospital at 8:38pm and were admitted and given a delivery room. My wife was hooked up to monitors and I was given an oversized chair.

And then we waited. We waited while counting the contractions. We waited until our son was ready to come out and say hello.

We ended up waiting 17 hours. I slept maybe four hours that night, my wife slept maybe one or two.

At noon it was decided we couldn't wait anymore so we began to push him out.

My wife would push with the contraction as I crouched behind her back, pushing her as well, trying to support her in this life-changing task. The contraction would subside and we would all take a short breather until the next contraction, when we started all over again.

For a little over an hour we pushed. Until...

The moment my wife and I saw our son emerge, crying and healthy, we were filled with the most sublime type of joy imaginable.

He was plopped onto my wife's chest, the most beautiful sight I have ever seen. I began to cry uncontrollably, ultimately ruining my shirt as I was without access to tissues.

My wife held our son on her chest, content beyond words, and she looked at me, with tears in her eyes, and asked with a serene smile, "Does he look like a Miles?" 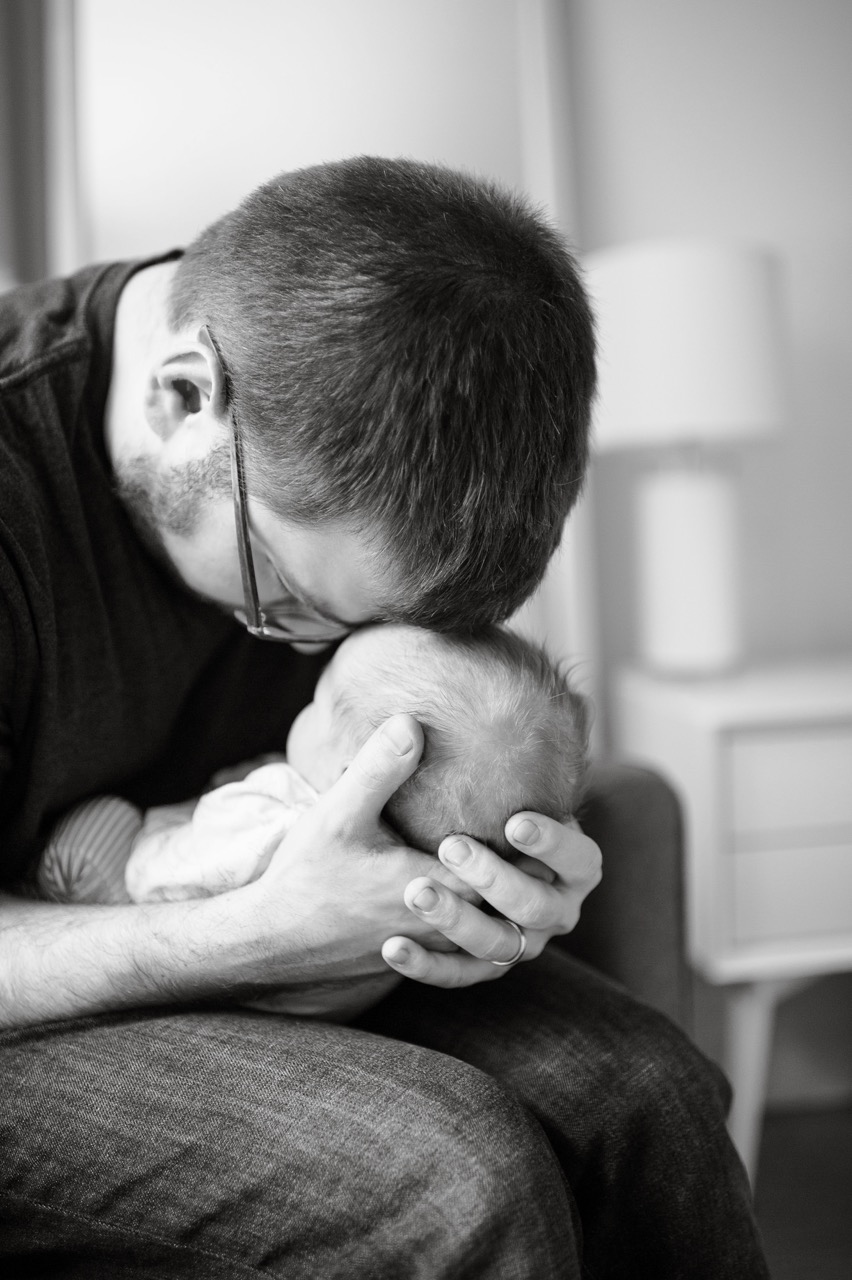